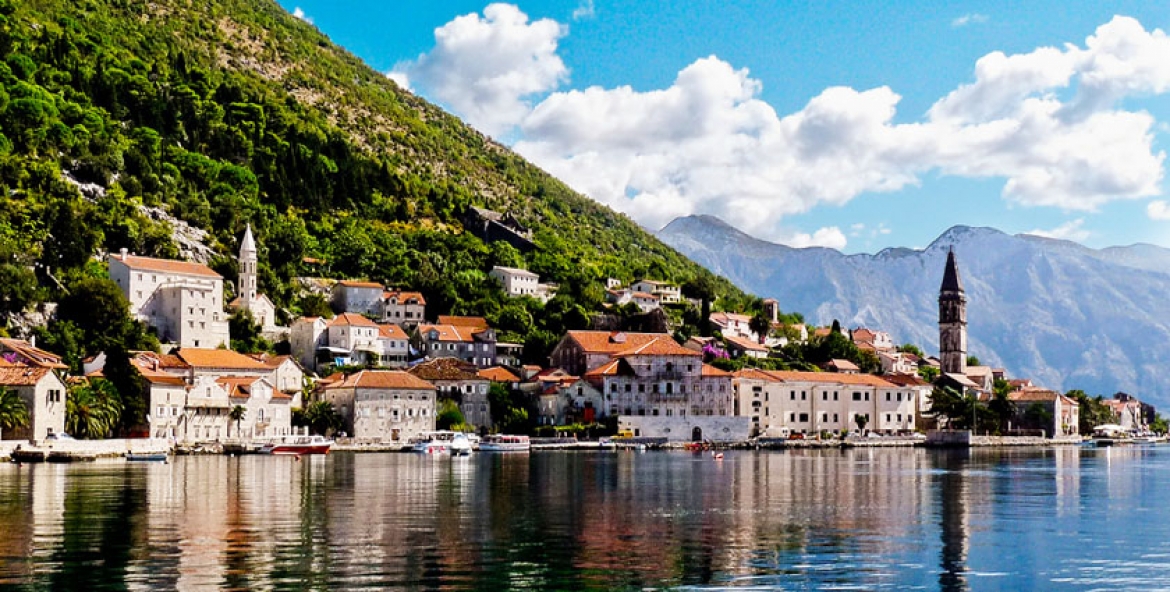 The town of Perast by boat tours Kotor

Like a piece of Venice, which floated into the Adriatic Sea and anchored in the Bay of Kotor, Perast still exudes the past when it was rich and strong. Despite the fact that there is only one main street, Perast can boast with 17 Catholic and two Orthodox churches and 17 grandiose palaces that belonged to the famous captains, writers and artists. One of the biggest churches in Perast is the Church of St Nicholas, which is located on the main square. It was built in 1691. and it impresses with its bell tower which is 55 meters tall and whose bell in 1713. was the biggest in Europe. People of Perast were excellent shipbuilders and fishermen and during conflict between Venice and Turkey they were the first line of defense of Kotor, which at that time was the second largest merchant port after Dubrovnik. Among the numerous and beautiful palaces is Palace Bujkovic. The legend says that the owner of the Palace Vicko Bujkovic threw off the roof her architect after completion of the construction when he asked him if he could build a palace more beautiful than his, and the poor architect answered that he could. The old part of Perast does not have defensive walls, instead it has nine defensive towers, and the most important is the Tower of the Holy Cross. The tower was built by the Navy of the Venetian Republic in the 15th and 16th century. Perast was at its peak in the 18th century while it was under the Venetian Republic, it had four active shipyards, a fleet of about 100 ships and 1643 residents. Main landmarks of Perast are not even on the land. Instead those are two small islands which have amazing history and even better views on the Bay.