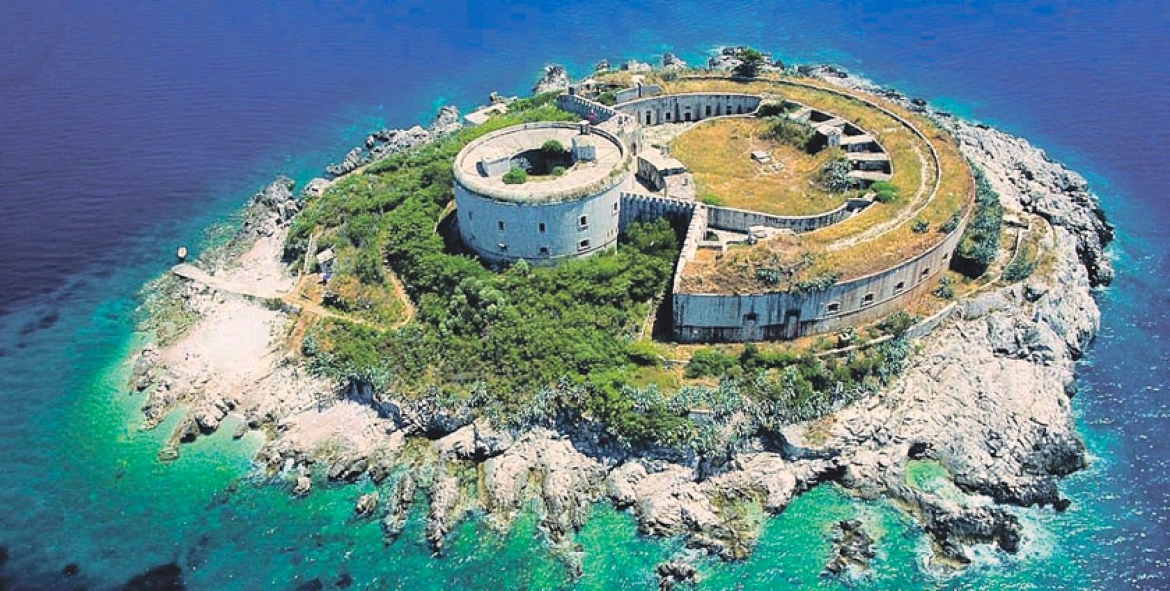 At the entrance to the Boka Bay, between Ostro Island and Lustica, there is a natural jewel in the middle of the sea, the island Lastavica. On this stone Island in 1853. the Austro-Hungarian general Lazar Mamula (1795-1878) made settlement under which the island is even today known as Mamula. The fortress's fortifications together with Arza on Luštica and Fort Prevlaka on Rt Ostro had significant strategic importance to the defense of Boka Bay. It is interesting that Fortress Mamula was never attacked, but during both world wars, it served as a prison, also known as "Campo Mamula". The first prisoners spent days and months within the walls of the fortress. The youngest prisoner had only eight days. Sound of the raging sea and Carabinieri willing to demonstrate their force was the only reality. Freedom seemed far. As a memory of this dark period in the history of this place, engraved in marble plate, which stands next to the entrance to the fortress are written the words: "Not even the dark, nor the hunger, nor the infamous torture and invading the courts crushed the spirit and faith in the victory of those who were locked here during two world wars".